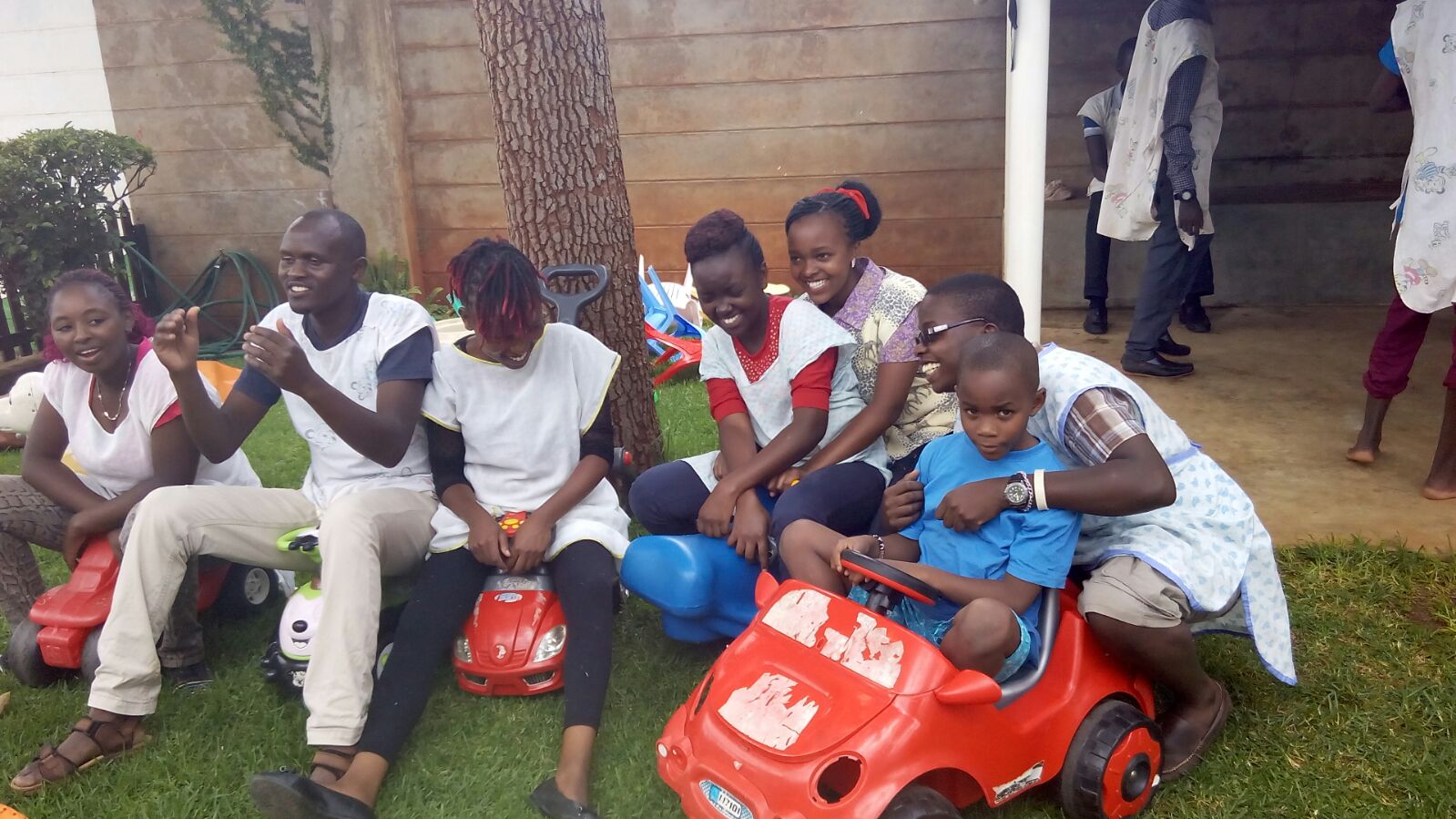 On Saturday,30th January 2016,The Presidential Awards Scheme had its first community service which was scheduled for the semester January-April 2016. The scheme visited New Life Home Trust which is located a few meters from Green Hills Hotel. The Home rescues infants that are abandoned in Mt.Kenya Region and as far as Garissa Town. During   this activity we were joined by our Assistant patron,Mr. Bernard Hinga.

At New Life we were welcomed by Mrs. Charity. She gave us a brief history of the home an their daily activities in regard to child care. This was later followed by a question and answer session. Members of the scheme engaged in cleaning, laundry work, kitchen work and also feeding the children. Upon feeding the children, members played with them.

Before closure of business for the scheme. The members had a session from all employees of the Home where they briefly introduced themselves. Members of the scheme presented their charity donation to the home.

The PA members acquired the values of charity, responsibility and community service.

The Director, Mr. Gabriel Ndiritu highlighted the success story of the home as well as its challenges and later gave a vote of thanks to the PA-DeKUT family for the visit. It is a great way to spend on a Saturday.

"I don't know what your destiny will be, but one thing I do know: the only ones among you who will be really happy are those who have sought and found how to serve." Albert Schweitzer

"Love cannot remain by itself,it has no meaning. Love has to be put into action and that action is service." Mother Teresa